Conflict and resolution has never been sexier than the sibling drama that plays out in the latest installment of this family TS series! TS stepsister Lena Kelly has had it with her slob stepbrother Tony Orlando, and intends to give him a piece of her mind. Step siblings Casey Kisses and Will Havoc have been secretly having an affair for years, but when Casey tells him they need to call it quits, her brother doesn't want to hear it. Michael DelRay wants to bang his hot stepsister Kayleigh Coxx, but can't work up the nerve. Good thing his buddy gives him a pep talk! Finally, Dante Colle has to break it to stepsister Khloe Kay that they need to stop having sex, because kids at school are starting to put two and two together. Khloe is sad, because she was sure that eventually they'd be able to run away together. Will Dante change his mind? 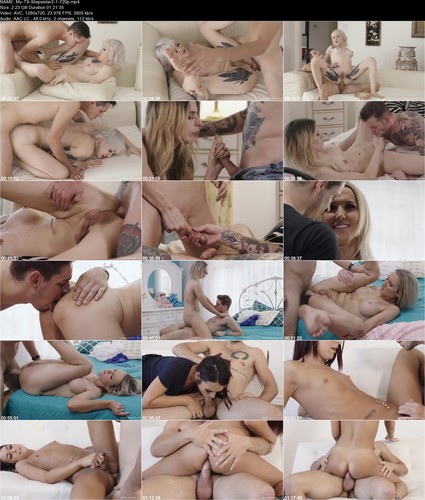